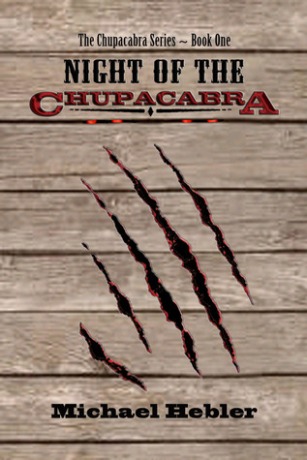 Post Civil War. Families move west to begin rich new lives, only some never make it. There is a creature that lurks in the vast open deserts of the west. It can only survive on blood and, although it prefers to prey on the weak and young, it will slaughter anyone or anything, once provoked. It is unnatural, deceptive, and difficult to kill. Word about the existence of this elusive beast has not spread since anyone who has crossed paths with it did not live long enough to tell of their account. Night of the Chupacabra is one man’s journey to reunite with his missing family, while the lethal creature that separated them, the mysterious and ravenous chupacabra, is never far behind. Night of the Chupacabra is not only a gruesome regale of carnage, but a unique combination of science fiction bloodshed with a more poignant tale of lost love set against a Western backdrop. Night of the Chupacabra is an unflinching look at the impossible choices made for family, while knowing the consequences will ultimately lead to a fate worse than death.

Night of the Chupacabra is a very compelling novel and an interesting start of the series.
I didn’t know much about Chupacabra besides the meaning of its name (which I learned form ‘Bones’ TV series, I think 😉 ), so I enjoyed the explanations of its origins and the curse.
The attacks of the creature were written very well but I expected a little more violence ;).
It was tough for me to read dialogues because I’m not a native English speaker and characters spoke in some sort of Southern manner or something like that but I guess it made the story more realistic in its setting.
It was a nice start to a series and I’m interested what will happen in the next book.

2 thoughts on “‘Night of the Chupacabra’ by Michael Hebler”